Русский | courtesy of the Hoover Institution and Museum of Russian Culture 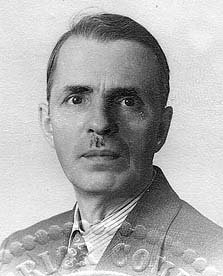 Ivan Andreevich Kolchin was born in Kalinino, Viatskaia guberniia, on 1 August 1893. He received an education in music (specializing in church singing), and by 1910 was already conducting a choir at the Church of St. Nicholas, in the town of Slobodskoi. From 1912 to 1917 he was a student at Kazan' University, managing to find time to conduct the university choir as well. The Civil War forced him into emigration in China, where he once again turned to conducting choirs as a profession, this time earning a worldwide reputation.

From 1921 to 1936, he was the choir director of the Church of St. Aleksei in Mojiagou ( Mǎjiāgōu ), China (a suburb of Harbi